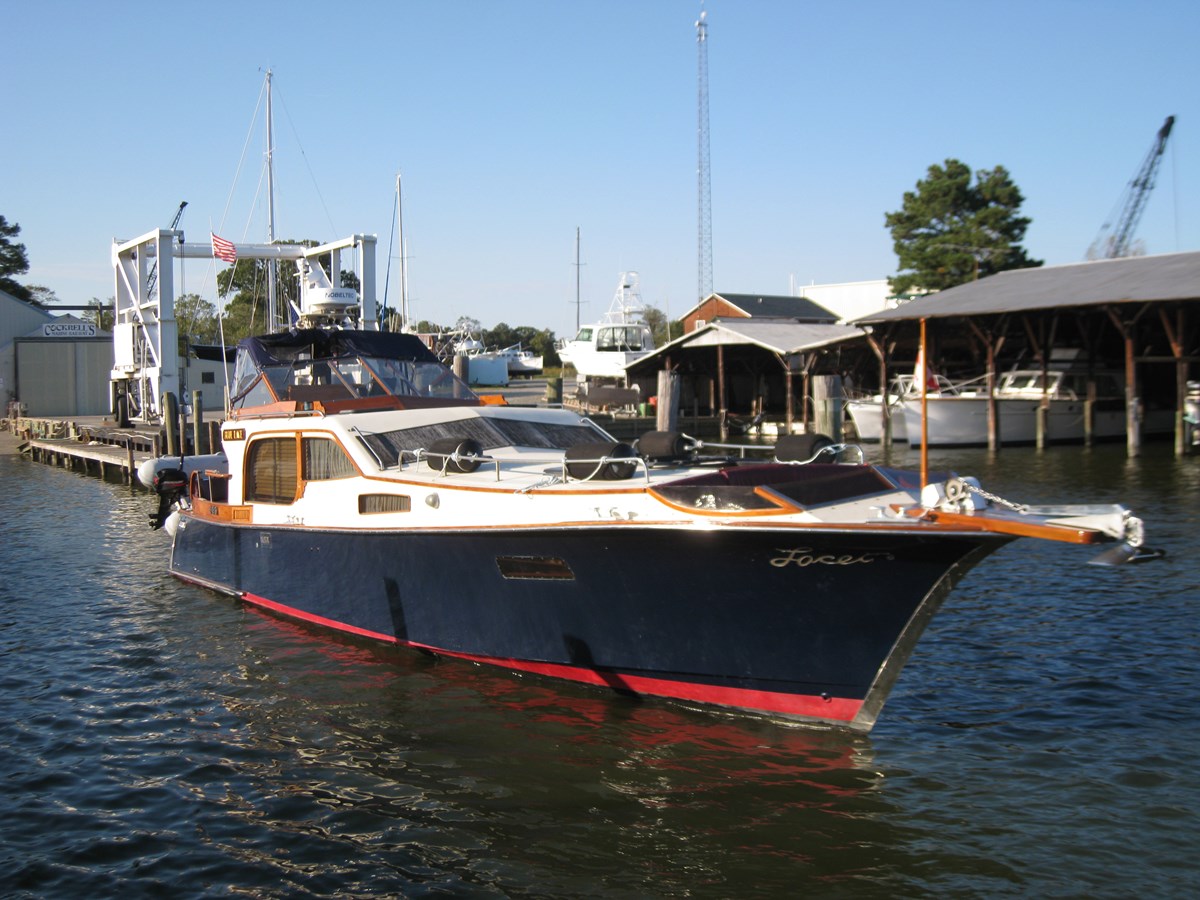 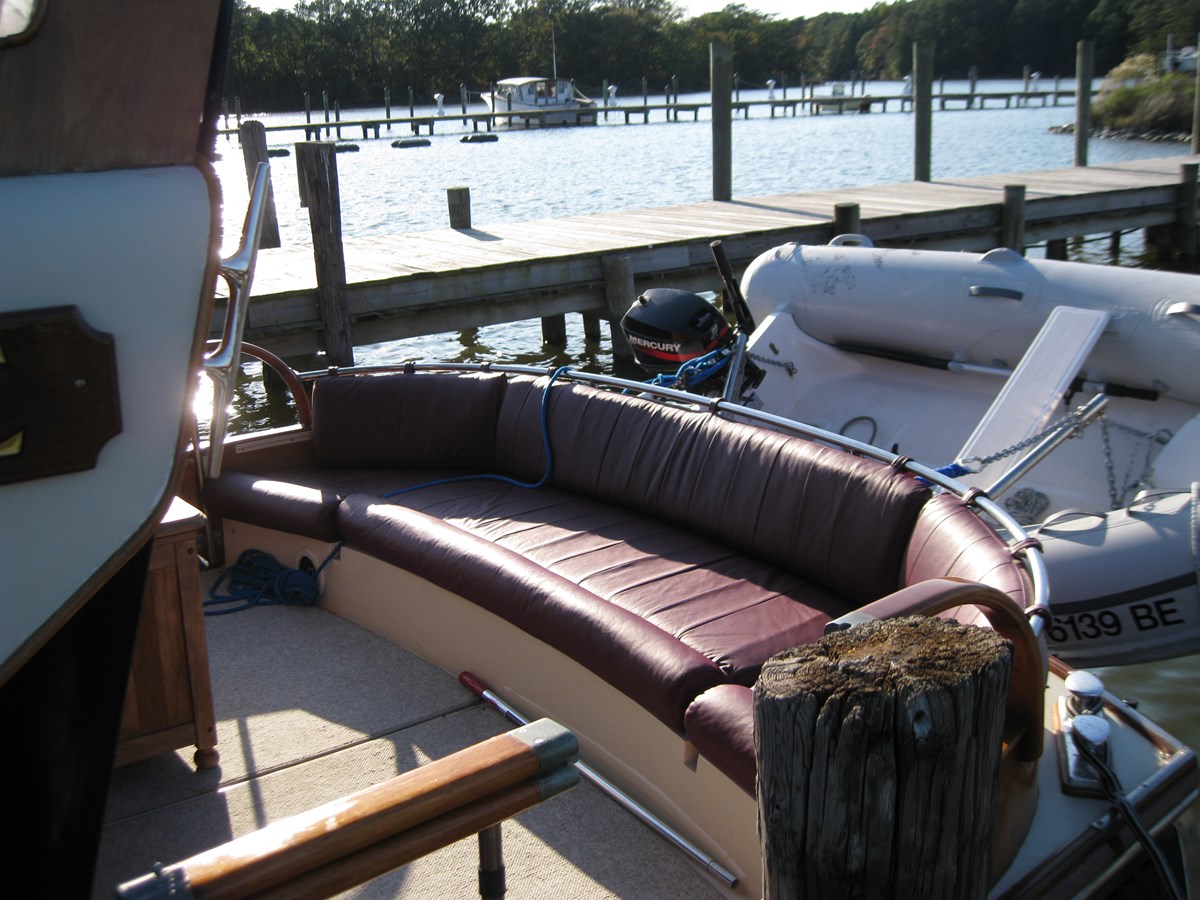 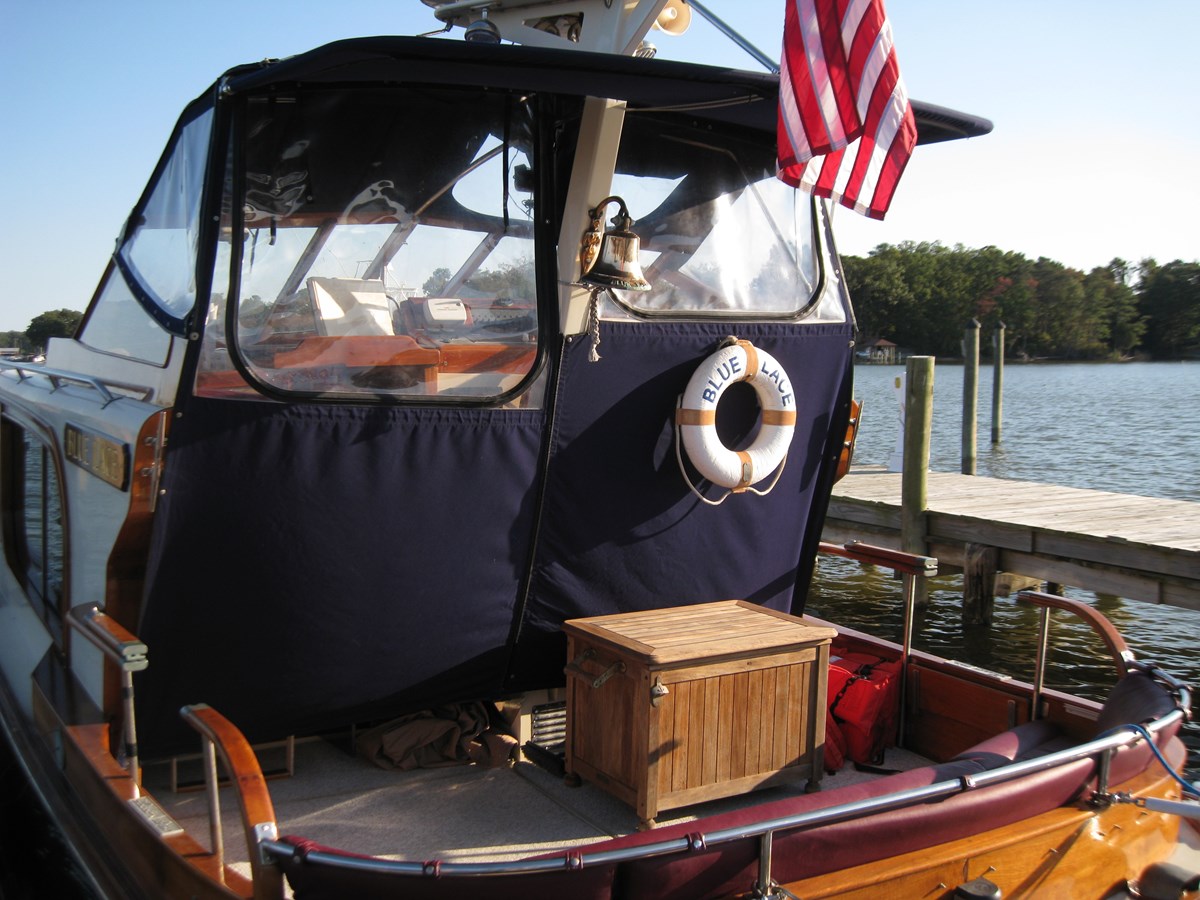 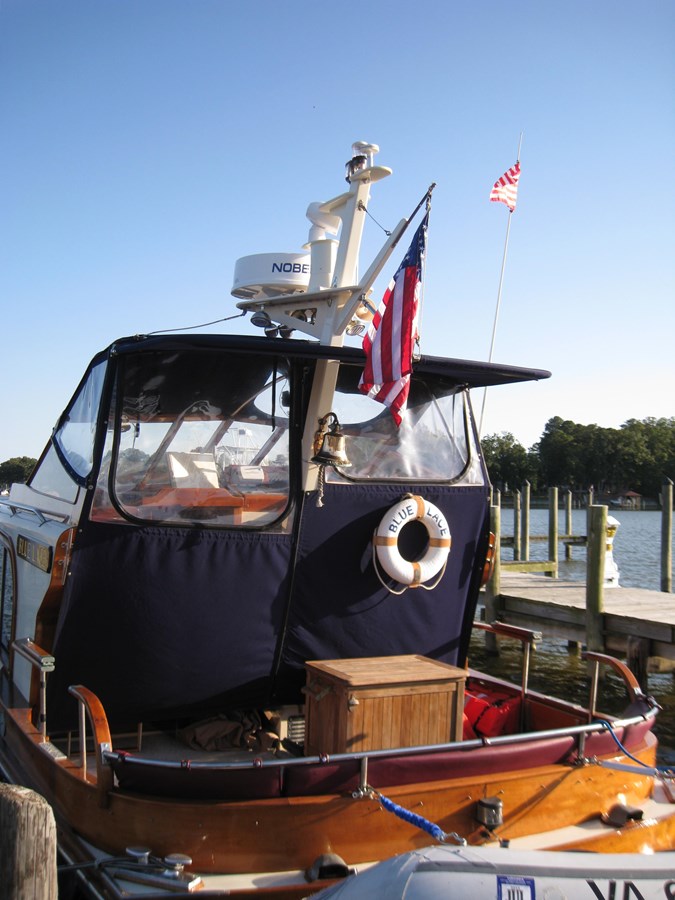 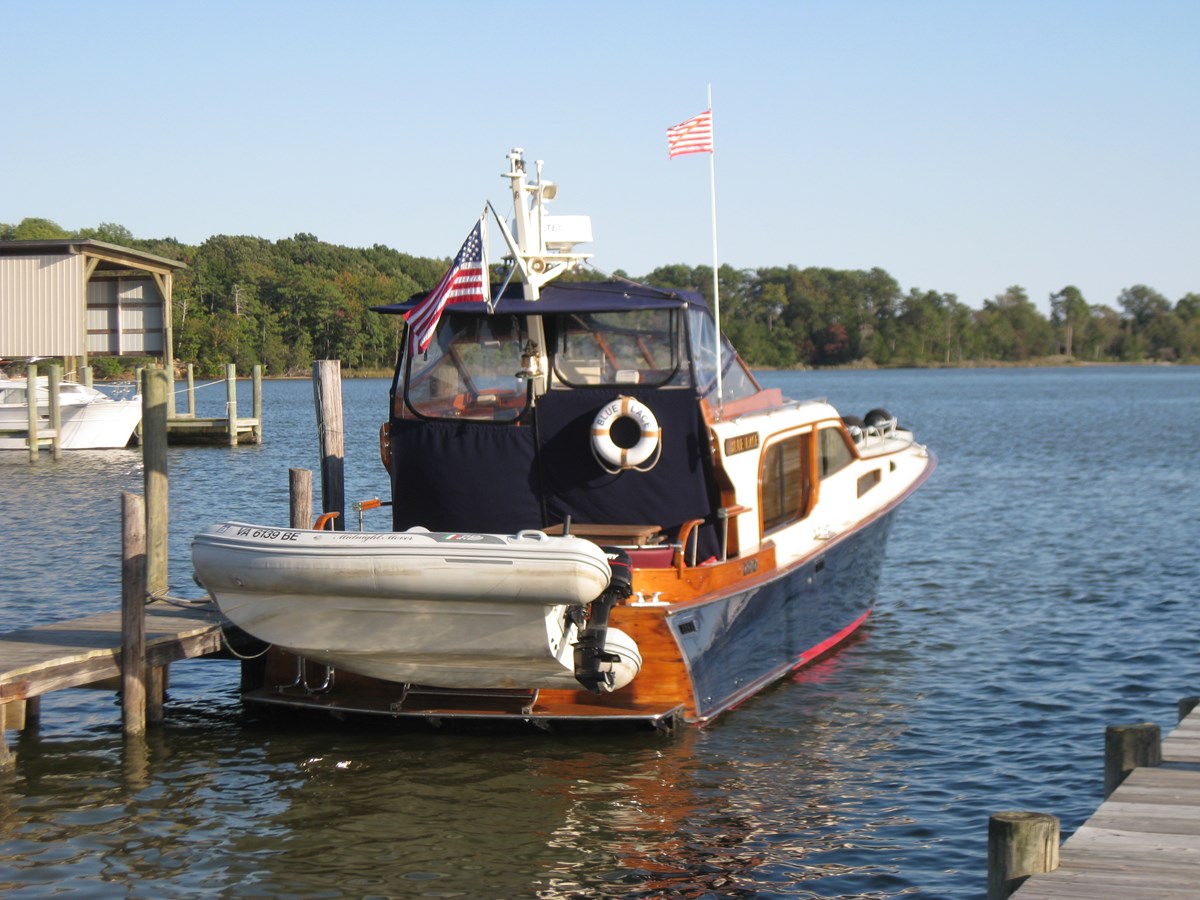 As originally equipped, most of these boats have insufficient air conditioning to keep the salon comfortable on a hot summer day. The owners have replaced the entire salon air conditioning system and it now holds the salon at 72 degrees on a 98-degree summer day.  Hand painted Italian coffee table.  In the shower is a sky light etching that is another artistic touch to this fine vessel. She also has at the stern blue underwater lights that add a stunning glow at night.

The Lace is light and fast with twin turbocharged Cummins QSB 380 diesels. She cruises comfortably at 17-19 knots. This beauty turns heads wherever she goes and is known by many from her many magazine covers over the decades. She is definitely one notable part of yachting history. Fexas built 21 of these 44 footers at the Cheoy Lee yard in the late 70s and early 80s and she has been kept under roof for almost her whole life.