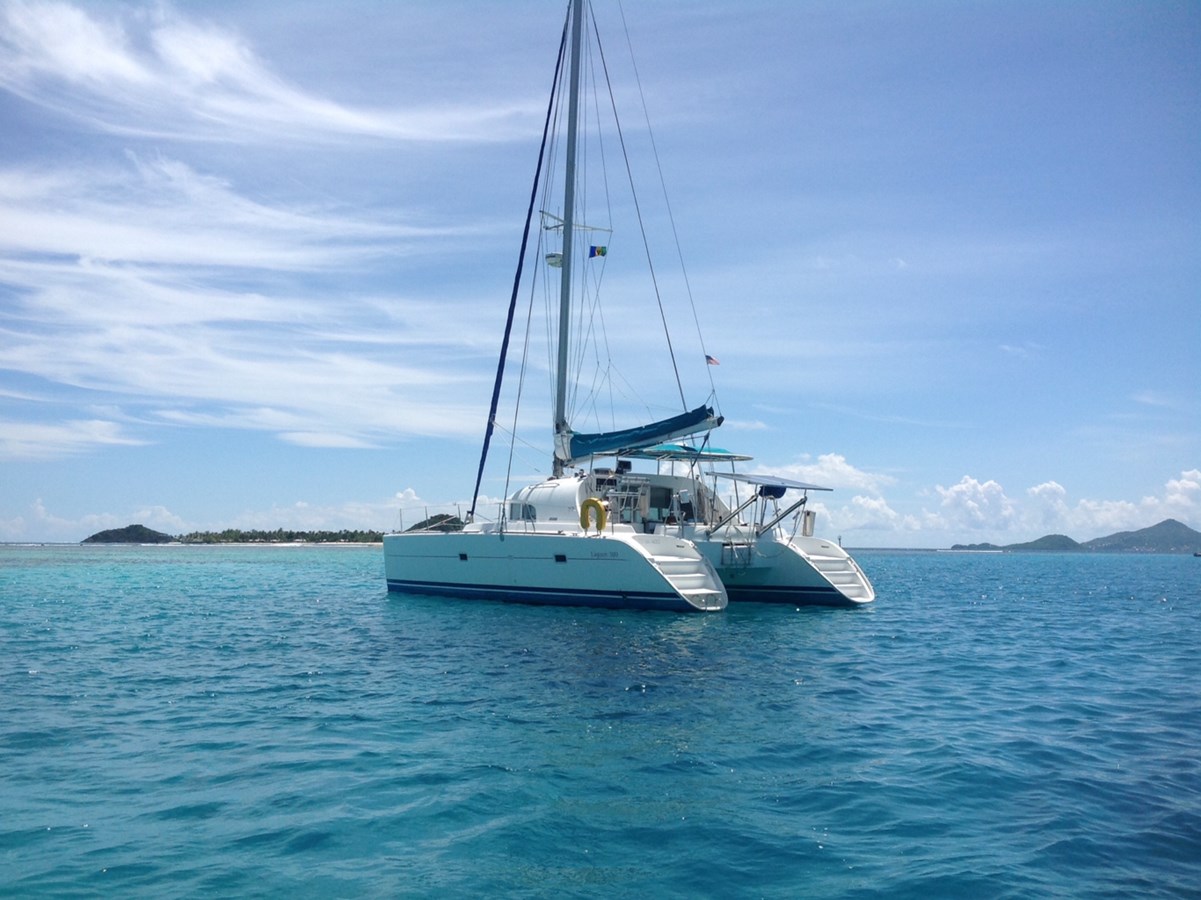 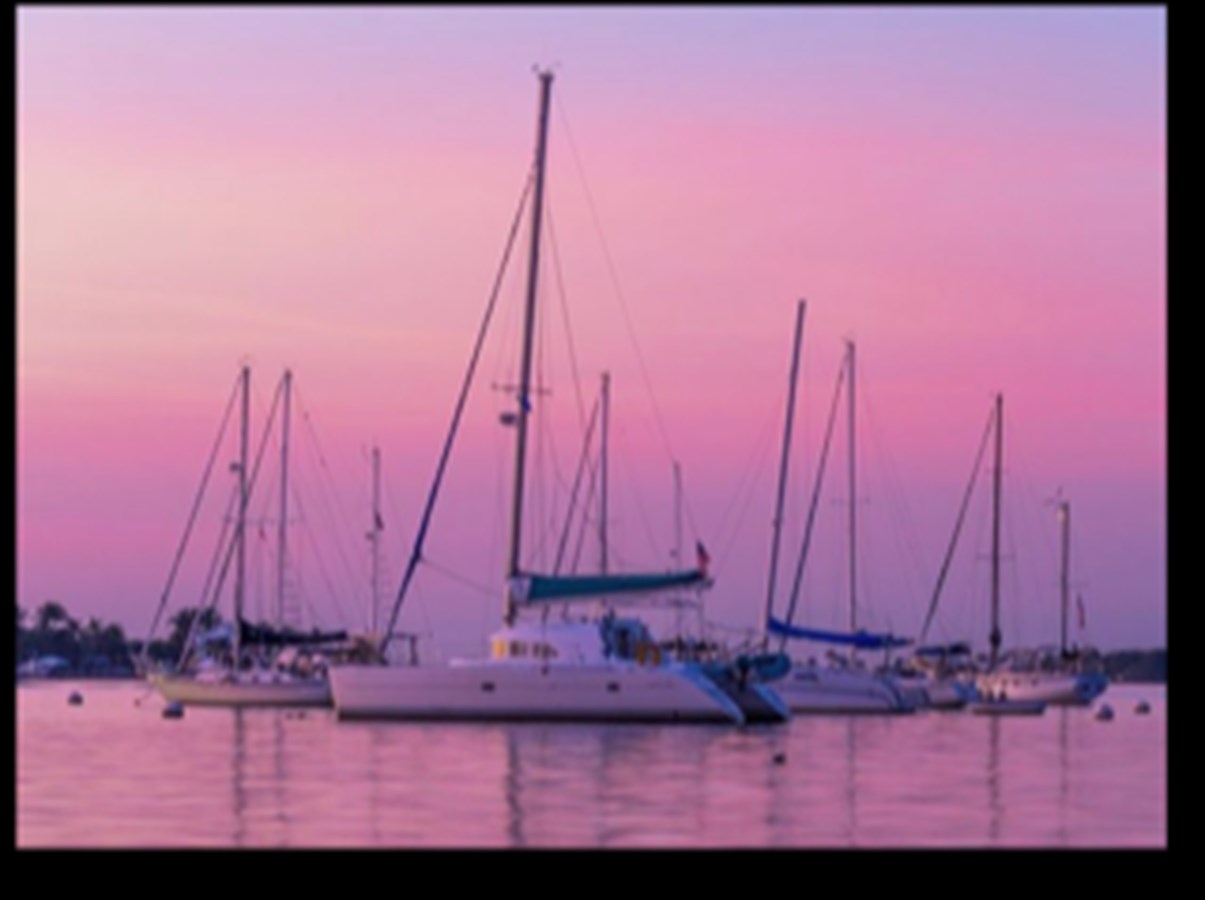 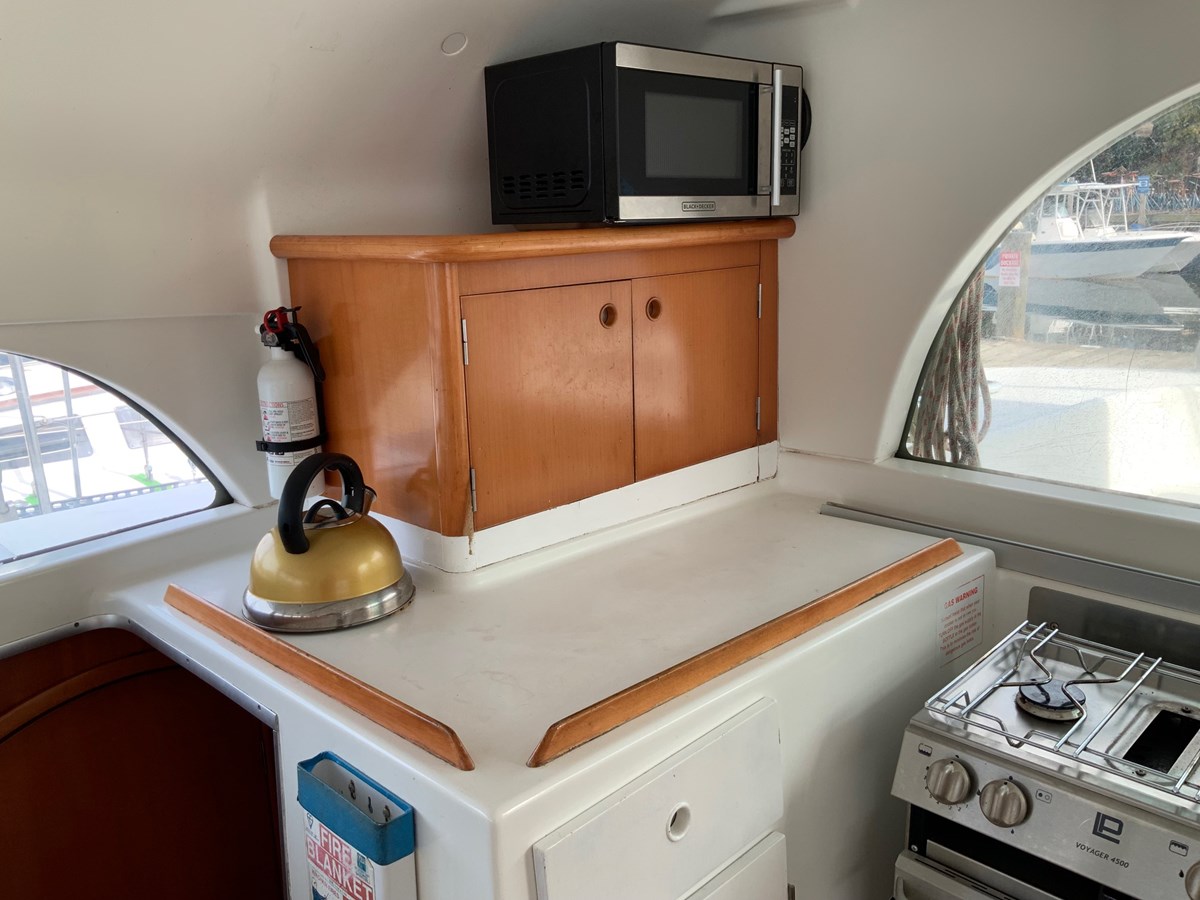 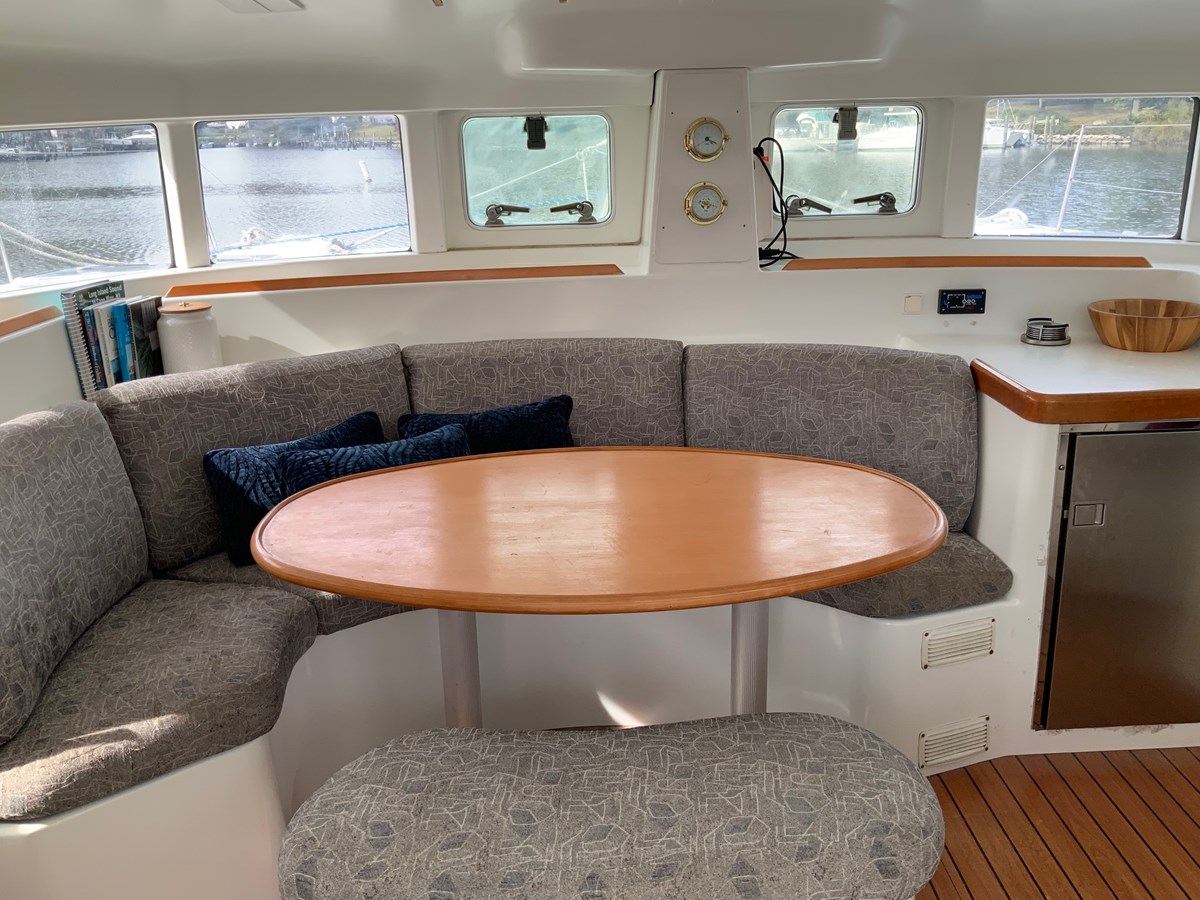 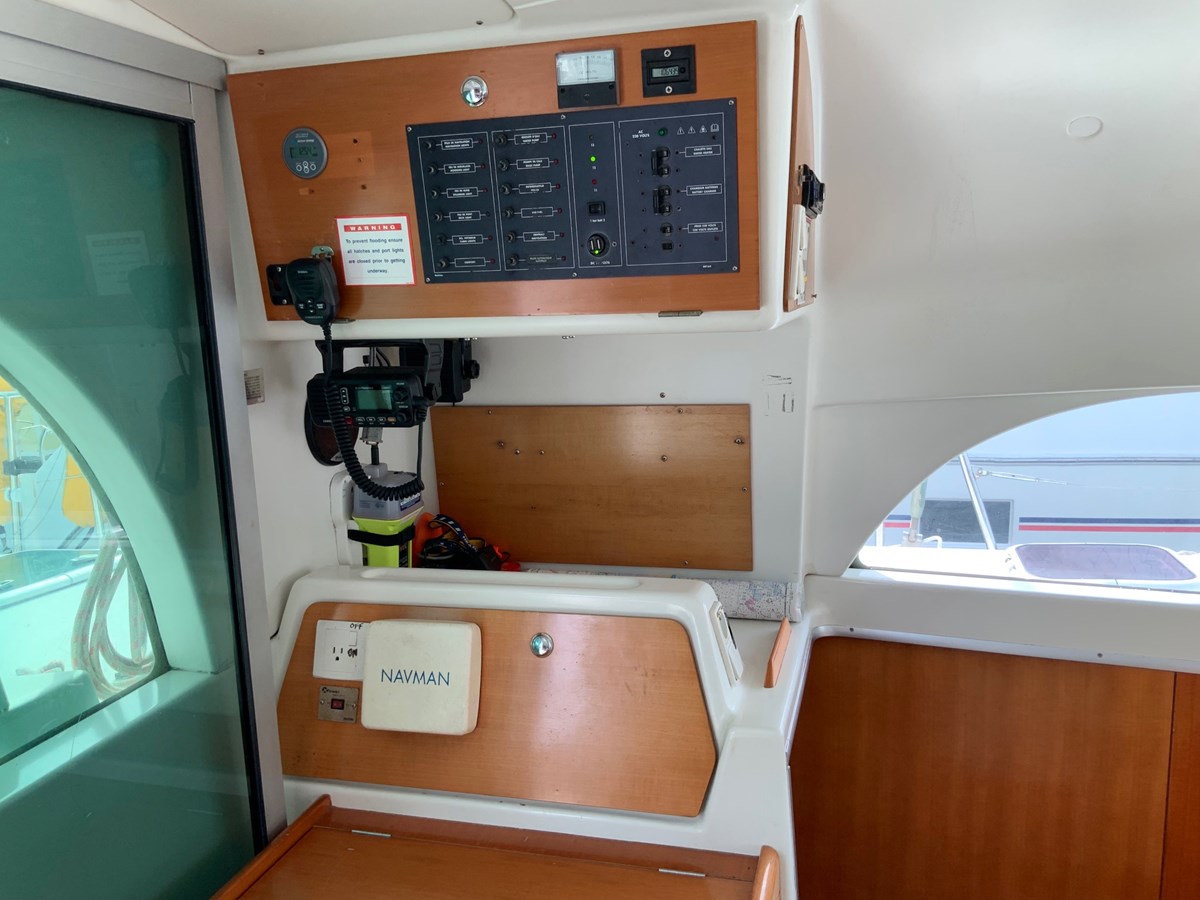 With the Lagoon 380, Lagoon designers have met an impressive goal of more interior volume, more comfort, more speed and a driving emphasis on aesthetics without compromising safety and sea going capability. More interior volume - the new vertical window design provides headroom and visiblity all the way foward. More comfort - great livability design features a breakfast bar linking the cockpit and the galley, an office desk and a large, separate shower. More speed - designers incorporated trickle-down technology from racing multihulls. Safety - the sail control lines are led back to the helm. Sea going capability - her construction meets European Category A open ocean standards. She is also fun and easy to sail.

TirNanOg is the Celtic land of eternal youth where time spent there is added to your life instead of subtracted. We have enjoyed sailing TirNanOg around the Caribbean where we were based in Blue Lagoon in the Grenadines for many years until we brought her back to the USA four years ago on the Salty Dawg Rally from Antigua to the Chesapeake. Since then we have sailed her to the Bahamas and Florida for the winters and back to the Chesapeake and the New Jersey coast for the summers. We have worked on keeping TirNanOg in top shape since we purchased her new in 2003 and have been the only owners. Over the last several years we’ve made major improvements to TirNanOg to keep her a very safe bluewater sailboat. Among the recent improvements are the following: Brand New Yanmar 3YM 30 29 hp engines and SD 25 Saildrives installed by Bayshore Marine in 2019 currently with under 500 hours. Other recent improvements are as follows: new square top main sail for better speed and upwind performance, new Bimini, new Profurl oversized jib furler, new Isotherm Low energy ASU refrigerator freezer, new stove with oven and broiler, new BBQ, new 1060 amp house battery bank with all new main wiring and Victron Connect controls, new Gori folding props, four new 2000 GPH bilge pumps located in bilges and engine compartments, new microwave and new Navionics helm plotter with AIS transceiver. Also, among other features of TirNanOg to help with blue water sailing and exploring beautiful remote areas are 480 watts of solar panels that generate approximately 200 amps of domestic power per day, two 300 litre domestic water tanks, and a built-in 2000 watt 120 volt inverter. Also included is a spare 55 LB Rocna anchor with an additional 200 ft of 3/8 inch high tensile chain with a 12 ton swivel and a mooring ball to be able to more safely long term anchor in remote areas.  Also included is a 10.5 foot Walker Bay dinghy with 9.8 hp two-stroke Tohatsu outboard with protective Sunbrella cover.